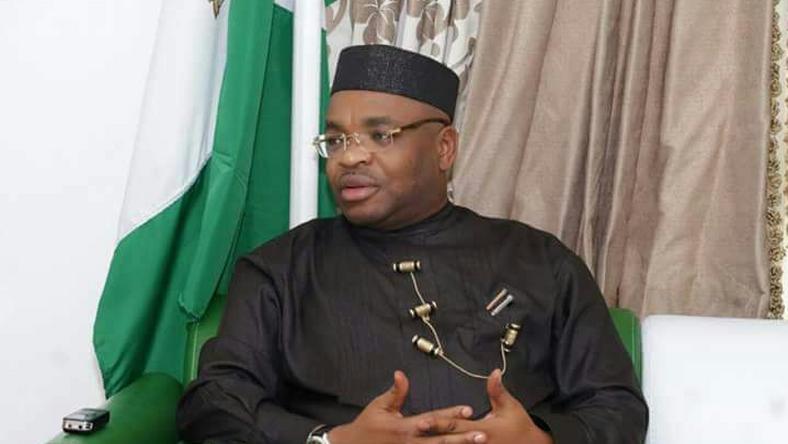 Akwa Ibom State Governor Udom Emmanuel has said his victory in the March 3 governorship election will mark the end of ‘godfatherism’ in the state.

According to Emmanuel, the era where people play God in the state was over as the people were determined to stop one man from deciding their destiny

The governor, who spoke yesterday during the 2019 Solemn Assembly at Ibom Hall Ground in Uyo, called on the people to see the next two months as an important one, as they would make critical decision on who will govern them.

He said: “Fellow Akwa Ibomites, this is a critical year, a year you will make consequential decisions; a year that will determine if you will continue to live in peace and prosperity, or return to the dark and scary years of kidnapping, violence, politically-motivated killings, the era when men played God and you were too scared to lift your voices or raise your hands to complain without being murdered or kidnapped.

“This year is a critical year, an election year that will determine if the Akwa Ibom story will continue to be written glowingly or a return to the ugly and dark chapters when state resources were used to build monuments of little consequence to your lives, when applause meant more to them than a careful application of the enormous resources available to secure the future of our children. This is the stark choice you have to make.

“I, therefore, urge you not to give in to lies of certain individuals who, when they had the opportunity to establish industries, did nothing but to erect white-elephant projects and monuments. The same people who had promised you 31 industries in 31 councils but could not establish a sachet water factory are back together, promising you heaven on earth. Do not believe them!

The governor reminded the people that in 2015, he promised them industrialisation, stressing that he has done that by establishing 15 viable industries. He reminded the people that it is only God who would determine the course of development in the state, adding that even in the election proper, it is God alone who would guarantee free and fair election in February and April.

The governor urged the people to reject the plans of the “enemies” of the state when they come with their blackmail.

“I came here to serve you as your servant-leader, to feel your pulse, your anxieties and to work hard to solve our problems based on the resources we have been availed,” he added.