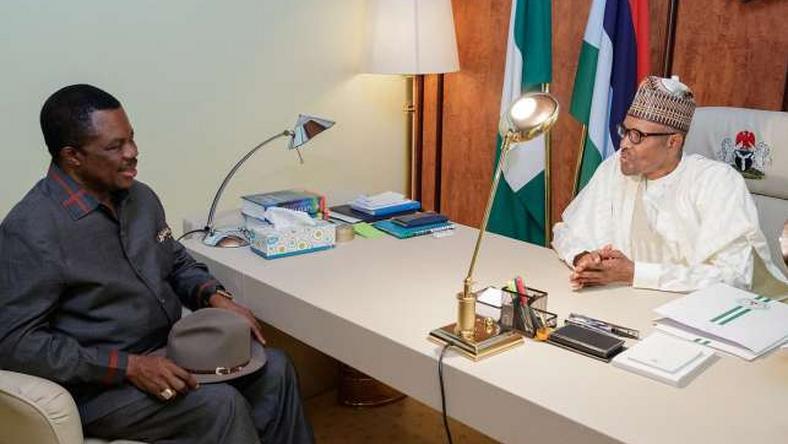 Anambra State Governor, Willie Obiano, has said that the President Muhammadu Buhari-led Federal Government has plans to create an additional state in the South-East.

Obiano said this when members of Ohanaeze Ndigbo, Lagos branch, paid him a visit at the Governor’s Lodge, Amawbia, Anambra State on Wednesday.

He said, “I am in good terms with the President. He has good plans for the South-East, contrary to the perception of some people.

“He has emotional feeling that the South-East ought to have an additional state.

“I am also hopeful that the Federal Government will set aside November 16 as a national day in memory of the late Dr Nnamdi Azikiwe, the first President of this great country.”

Obiano condemned Ohanaeze’s decision to fix a meeting on a day Buhari was in the state to inaugurate Azikiwe’s mausoleum.

Mr Nnamdi Nwigwe, who led the delegation, said they were in the state to show solidarity to the Obiano-led government