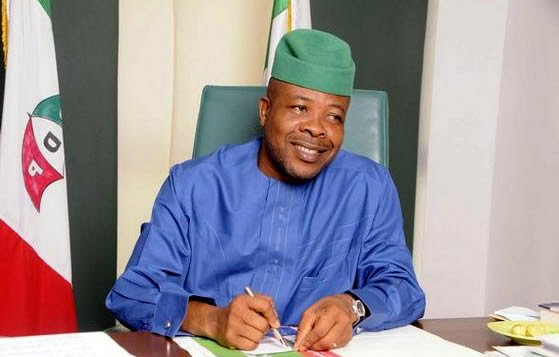 The Independent National Electoral Commission (INEC) on Wednesday issued a Certificate of Return to the Imo State Governor-elect, Emeka Ihedioha.

The Resident Electoral Commissioner, Prof. Francis Ezeonu, who presided over the occasion, also presented Certificate of Return to the 27 House of Assembly members-elect.

Ihedioha won the March 9 governorship election under the platform of the People’s Democratic Party (PDP).

Speaking shortly after receiving the Certificate of Return at the Independent National Electoral Commission (INEC) office in Oweri, Ihedioha promised to be fair to all respective of their tribal or party affiliation.

He said he will abide by the rule of law in administering the state.

According to him, “I will be Imo governor in the real sense of the word.”

He assured members of his transition team would comprise of men and women of integrity who will contribute immensely in the development of the state.