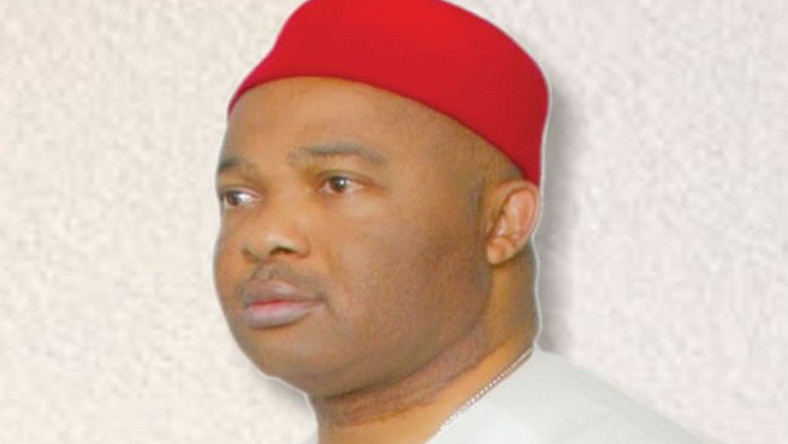 He wondered why the Special Presidential Investigative Panel for Recovery of Public Property (SPIP) was out to tarnish his image.

Chairman of the panel, Okoi Obono-Obia, had earlier announced they were transferring cases of eight politically exposed persons to the Code of Conduct Bureau for further investigation and possible prosecution.

He alleged that the eight persons including former Senate president, David Mark, Senator Uzodinma and Senator Stella Odua, allegedly, either acquired property beyond their legitimate earnings or suppressed facts about information in their assets declaration forms.

However, Uzodinma in a press release by his media aide, Declan Mbadiwe Emelumba, denied the allegations, saying the release of the so-called report was a deliberate and orchestrated attempt aimed at tarnishing his image for a pre-determined purpose.

He said the SPIP boss was always in the habit of brandishing such a report at critical stages of the senator’s political career.

The statement read in part, “Obono-Obla engaged in a similar media trial of Senator Uzodinma shortly before the APC governorship primaries in Imo State, but the result was a disaster as the senator still became the APC flag bearer.

“Now, because they are afraid that Uzodinma may be considered for a ministerial appointment, they have come out with the same old story dressed in another robe with the aim of whittling down his integrity, but as always, it won’t work.”

Uzodinma wondered why Obono-Obla was still talking about prosecution of cases, when in actual fact the Court of Appeal had declared that the SPIP lacks prosecutorial powers.