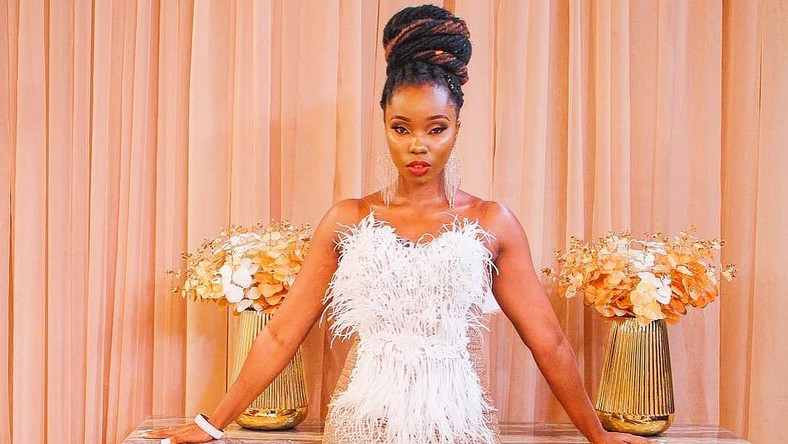 It is common knowledge that former Big Brother Naija housemate, Bamike Olawumi, also known as Bam Bam met her boyfriend, Teddy A at the contest last year. There were a lot of speculations about the future of their relationship after they came out of the house.

Recently, the organisers of the show decided to have a reunion for the old housemates. The event was filled with a lot of drama like a lie detector test. In the test, Teddy A was asked about the certainty of the future of his relationship with Bam Bam. The result came out positive on both ends, which generated a lot of buzz on social media.

In a chat with Saturday Beats, Olawunmi noted that she already had peace about her relationship with Teddy A before the reunion show. However, the lie detector test further influenced the level of peace she had about their love affair.

“Honestly, there is no relationship without its ups and downs or doubts; but that was a lie detector test; you can never know what is in the heart of anybody.

“I trust him with my life; I would give my left kidney or any other double organ I have to him. But you still have your shaky phase whether you like it or not.

“I wasn’t sure of what the lie detector test was going to say irrespective of how our relationship has been. When the answer came as positive, it influenced the peace I already have; it gave me more peace.

“I would advise the new big brother housemates not to try to imitate any of the old housemates. They should be themselves.

“I enjoyed myself in the house until people started stressing me about being fake. Even though I never knew where my relationship with Teddy A was going; I knew that I liked him and being with him gave me peace.

“I am someone who lives in the moment. I was consistent from the beginning to the end of the show,” she said.

Olawunmi who is known for being stylish and elegant, was recently gifted with a car by her fans to celebrate her 30th birthday. The news about the car gift went viral and she received a backlash from some celebrities speculating that the presentation of the birthday gift was staged.

“I was blown away when my fans presented a car to me on my birthday. I have always loved that brand of car because it is easy to maintain.

“I feel honoured that they put their monies together to get that for me. Contrary to rumours making the rounds that they were about 300 of them who contributed money, the fans who bought me that car were not even up to 10. It was just a few of them who have money that decided to sacrifice their cash to buy me the car.

“People will always talk; they are entitled to their opinions. I don’t get offended by opinions and speculations because they don’t know me personally.

“Propaganda sells, so when it sounds like a lie and exaggerated, they tend to believe it as the truth.

“I am usually fascinated and entertained by all these drama and speculations than being offended,” she said.

She further spoke about the reason behind her calm nature and why she was a symbol of peace at the Big Brother reunion.

“I have always been a peacemaker because the Bible says we should follow peace with all men.

“I am always restless till I make peace with the people around me. I don’t compromise my peace for anything in the world.

“Being classy is a combination of my upbringing and environment. I always like to look comfortable and elegant,” she added.