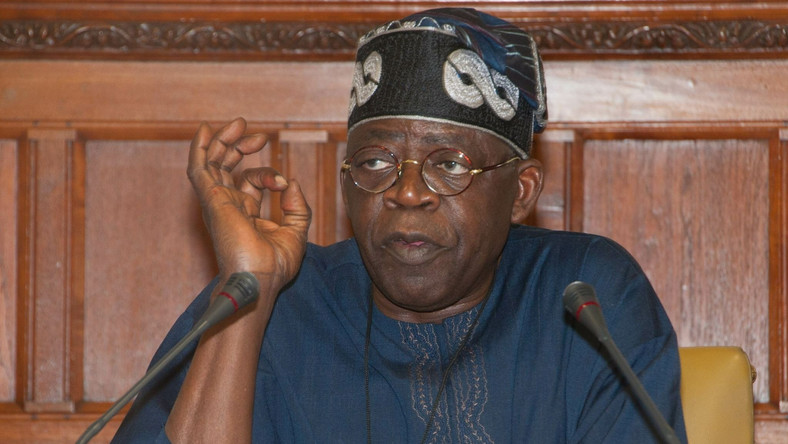 National leader of All Progressives Congress (APC) and former governor of Lagos State, Senator Bola Tinubu, has called on Nigerians not allow killings across the country to divide them.

He said this when he paid a condolence visit to the home of the leader of pan-Yoruba sociopolitical group, Afenifere, Chief Reuben Fasoranti, over the killing of her daughter, Mrs Funke Olakunrin.

Tinubu, while speaking, urged the people not to allow the incident to divide Nigeria, but let it serve as a means to provide solution to security challenges confronting the country.

He said the security challenges like killing, raping and kidnapping should not be blamed on one particular ethnic group, saying “these challenges had been with us for a long time.”

The former governor of Lagos State said: “I am a nationalist and the security concerns and challenges right now must be faced squarely throughout Nigeria.”

While calling on Nigerians not to blame any ethnic group over the happenings in the country, Tinubu said: “I am extremely concerned about security. I don’t want a stigma; I can go through history of kidnapping in Nigeria; we know how and where it all started, there are a lot of copycats.

“For how long have we been battling insecurity in the country? There are cases of kidnapping. Is Evans, who was arrested and made disclosure also a herdsman? I don’t want to be political, but I will ask ‘where are the cows?’

He noted that the security challenges being faced by the country required more police personnel to be recruited, trained and deployed in various locations to fight insecurity across the country.

Speaking on the killing of Olakunrin, he said “this one that affected a member of our family, Mrs Olakunrin, is seriously sad and unacceptable, but nobody can return her alive; she has answered the call of her creator.

“Funke was very close to me and she died prematurely. Only four or five days ago, we chatted and I know what she discussed with me about Baba’s health condition. We just pray that this will not happen again.”

He, however, said: “We must not use this incident to divide us, but must use it as a cure to the security problems. Additional police, additional patrol and additional security reinforcement on the Ore Road and various flashpoints across the country are necessary and I have discussed this among the various authorities. The governor is eminently aware and being proactive about this.

“The security challenges are numerous across this country and to fight them, more police are being recruited and it takes time to train and deploy them in various areas.”

Also, a former governor of Ogun State, Otunba Gbenga Daniel, who called at the residence of Pa Fasoranti, described the death pathetic and unfortunate.

He attributed the increase in the cases of kidnapping and killing across the country to the non-prosecution of the offenders, saying kidnapping had evolved into a lingering pervasive security threat and multifaceted criminal enterprise.

Daniel, who called on government at all levels to revisit and address the issue of security in the country, said “ I am particularly worried that our dear and once beautiful country is facing this challenges and the omen is not good at all.”

Speaking on the increase in kidnapping and other criminal activities, he said “it is all about body language, because not many of these criminals or kidnappers are prosecuted or punished and this is not sending the right signal.

“When criminal offences are committed, we expect the government to act swiftly and to be seen to punish the criminals concerned.”

He described the death of the daughter of the Afenifere leader, Mrs Olakunrin, who was killed by suspected Fulani herdsmen on Friday, on Benin/Ore Road as a massive tragedy.

Osinbajo, who arrived at the Fasorantis residence at exactly 9.10 a.m., was accompanied by the state governor, Mr Rotimi Akeredolu. He said the Federal Government would explore all options, including deploying soldiers on the highways, towards addressing the growing cases of security challenges in Nigeria.”

According to him, the Federal Government IS working towards a workable overhauling of the nation’s security architecture, disclosing that President Muhammadu Buhari had met with all the security chiefs toward restrategising to fight the war against security breaches.

He confirmed that the Inspector-General of Police had also laid out a new policy on community policing to enhance intelligence gathering, and assured Nigerians that the government was committed to providing all logistics to prosecute the fight against criminality.

He appealed to Nigerians to be calm, while assuring that the present administration remains committed to security of lives and property.

“As you know, I am here to commiserate with the families of Olakunrin and Pa Fasoranti.

“This is a massive tragedy as you can imagine. We have seen it replicated here and there, I mean kidnapping and killings.

“As you all know, the president has very recently met, not only the service chiefs, but also the IGP and he has laid out a new policy on the community policing.

“The other thing of course is that we are also engaging the army so that there will be a bit of more military presence, especially on our roads. The Inspector-General of Police has already committed to ensuring that there is full coverage of the police and even helicopters.”

“Security in a big county like Nigeria as you can imagine has challenges that are dynamic and we also have to be consistently dynamic to ensure that we are able to beat the challenges as they appear.

“I think we can be very hopeful that we would see peace and calm as some of the steps we are taking come to fruition. You know also that we met with the governors in the South-West and in the different zones, and everybody is coming to ensure that security is adequate and everyone feels safe and secure,” he said.­­­­­