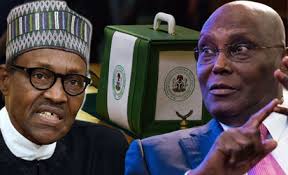 The presidential candidate of the Peoples Democratic Party (PDP), Alhaji Atiku Abubakar, has lamented that the All Progressives Congress (APC)-led federal government has mismanaged the country’s economy, which has led to the loss of 10 million jobs since it came on board, and urged Nigerians to sack the government in this year’s general election.

Atiku has also berated President Muhammadu Buhari for not attending the burial of five Nigerian Air Force (NAF) officers who died in a helicopter crash while prosecuting the war on terror.

The former vice president disclosed this in Minna, Niger State during PDP presidential campaign rally, where he said that the APC-led federal government having failed to deliver on its campaign promises to Nigerians must be voted out of office.

Atiku said, “In 2015, they came to tell us that PDP did not do anything, and they promised to fight corruption, to improve our economy and also to secure our country. Have they achieved anyone of these three?

“When they came in, there was insecurity only in North-east. Today, there is insecurity in North-west and North Central and we have lost more lives than at any other time in the history of this country in peaceful times. They have failed as far as security is concerned.

“When it comes to the issue of economy, we have lost more jobs, over 10 million jobs, to the extent that Nigeria has been declared the headquarters of poverty in the world. This is a record. Have they fulfilled that promise? Now, I want to promise you that if you vote PDP, we will restore the jobs that had been lost. You either get a job or get a business to do.”

Atiku who made the promise and commitment on behalf of PDP, added that if voted into power, PDP will tackle issues of insecurity, which Buhari has not been able to control.

He added, “They have been unable to control insecurity because they have been unable to provide jobs and businesses for the people. So, by the time we provide jobs and businesses for our young men and women, you will hear less crime and less insecurity. So, I want to promise you on behalf of our great party to sack the APC government and let us send them packing. Like I use to say, Buhari must go! APC must go!.”

Also, the Director General of PDP campaign and Senate President, Dr. Bukola Saraki,said that after three and half years of APC’s leadership, the government had failed to deliver on its campaign promises.

Saraki said, “Our campaign will be based always on issues. Election is about referendum. A government that has been with us for three and half years and promised us three things and we are going to decide as Nigerians if they have performed; if they can continue; and if they have not performed, they must pack and go home.

“They promised security, there was problem in the North-east and they said they can provide security solution; today isn’t the security worse? There is no security in North-central, North-west, there is security problem.

“They said they will fight corruption, but today there is corruption in the country. Is that not true? They have failed on these things and that is why they must leave and let us bring a man that has experience, that knows how to create jobs, that knows how to bring food to all of us.”

Meanwhile, Atiku has berated President Buhari for not attending the burial of five NAF officers who died in a helicopter crash while prosecuting the war on terror and were buried in Abuja.

In a statement he personally signed yesterday, Atiku said that Buhari’s refusal to attend the funeral of these heroes on Tuesday was part of a pattern of unpatriotic behaviour demonstrated by the President.

According to him, “At a time when the morale of our soldiers should be lifted up as they face the difficult task of defeating the terrorists who are threatening our national security, I find it most regrettable that President Buhari, despite being in Abuja, chose not to attend the funeral of the five Air Force officers who died in a helicopter crash while prosecuting the war on terror.”

Atiku said sadly, due to reasons best known to him, Buhari chose not to attend their funeral, neither was he represented by the Vice President, Prof. Yemi Osinbajo nor any federal delegation.

“This was despite the fact that the President had time to host Nollywood actors and actresses the previous day. Imagine celebrating just before such a solemn event,” he stressed. The former vice president urged Buhari to learn from even younger leaders, like French President Emmanuel Macron, who on March 28, 2018, attended the funeral of a single French policeman, Lt. Col. Arnaud Beltrame, killed by terrorists in Southern France.

He said that single event boosted the morale of the French security forces, because it showed a commitment to their wellbeing and honour for their memory by the head of state.

Atiku stated, “Last month, I had cause to advise the President to find time to attend the funerals of the hero soldiers of the 157 Taskforce Battalion in Metele, Borno State, who paid the supreme price for Nigeria in large numbers. “The most recent funeral held in Abuja, the President was in Abuja on the day of the funeral. The previous day, he had inaugurated his re-election campaign council.

“Very sadly, President Buhari missed another opportunity to demonstrate such commitment to our armed forces.

“My question for Mr. President is this: is securing your second term, more important to you than securing Nigeria?

“Let me end this by commending our military for their sacrificial efforts to secure all of us. You have my full support and solidarity. When we make the solemn vow that the labours of our heroes past shall never be in vain, we mean your colleagues, who paid the ultimate price to secure
Nigeria.”