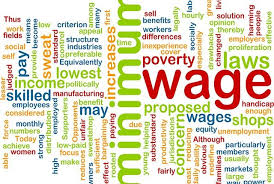 The Governors of Ekiti, Ondo, Kwara and Benue have assured workers in their states of their readiness to pay the N30,000 new minimum wage

– His Ondo counterpart, Rotimi Akeredolu, said his government is not against the new minimum wage and urged the federal govt to look into the revenue allocation sharing formula

– On his part, Governor Abdulfatah Ahmed of Kwara said his administration was committed to paying the new minimum wage The governors of Ekiti (Kayode Fayemi), Ondo (Rotimi Akeredolu), Kwara (Abdulfatah Ahmed) and Benue (Samuel Ortom) have assured workers in their states of their readiness to pay the N30,000 new minimum wage. They made the disclosure at different fora on Thursday, April 26, The Nation reports.

Legit.ng gathers that Fayemi, speaking at the Nigeria Labour Congress (NLC) Delegates’ Conference in Ado-Ekiti, said the welfare of the workers had always been his concern. Fayemi, who was represented by his chief of staff, Biodun Omoleye, asserted that his government would pay the new minimum wage for effective and efficient service delivery.

On his part, the Ondo governor, Rotimi Akeredolu, spoke during the inauguration of Sunday Adeleye as the state’s NLC chairman.

Akeredolu, who was represented by the Ondo state head of service, Toyin Akinkuotu, however, pleaded with the federal government to review the present revenue sharing formula to enable states cope with the new increment.

The Benue governor, Samuel Ortom, made his own stance at the JS Tarka Foundation, Makurdi while opening the Benue state NLC Council Delegates’ Conference. According to Ortom, if funds were available, workers deserved even more than N30,000. The governor said consultations would soon begin towards successful implementation of the new wage. He, however, implored the federal government to review the Revenue Allocation Formula in favour of states, in order to facilitate the smooth implementation of the new wage.

Also, Abdulfatah Ahmed, the governor of Kwara, stated that his administration was committed to paying the new minimum wage.

The governor’s senior special assistant on media and communications, Dr Muyideen Akorede, said: “In this regard, the government set up a committee headed by the head of service, Mrs Modupe Susan, to work out the modalities and sources of revenue for the payment, months before the president signed the new minimum wage into law.

“The committee is expected to submit its report to Governor Abdulfatah Ahmed next two weeks.” Ahmed added that civil servants were not being owed any salary arrears by the state government.

However, the governor said the state government is owing junior secondary school teachers and local government workers some months’ salaries.

According to the state government, the teachers and council workers are in the payroll of the Kwara State Universal Basic Education Board (SUBEB).

Meanwhile, Legit.ng previously reported that the Nigeria Labour Congress warned all its state chapters against accepting any renegotiation for downward review of the already signed minimum wage law of N30,000 from governors.

The national president of the NLC, Ayuba Wabba, made the declaration in Ado Ekiti, Ekiti state, as he presided over the election of a new leadership of the labour organization in the state.