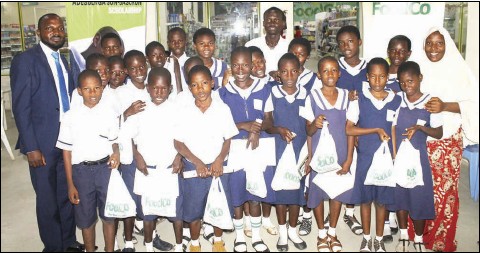 In a bid to sanitise the education sub-sector in the state, the Ondo State Government has made arrangements to close down all primary and secondary schools found to be operating illegally in the state in January, 2019.

The Director of Schools in the State Ministry of Education, Mr. Fola Dara, disclosed this during a stakeholders’ meeting organised by the Ondo State House of Assembly Committee on Education, Science and Technology, in Akure, the state capital.

Dara, who decried the increasing number of illegal schools in the state, noted that such schools were virtually springing up in every nook and cranny of the state almost every day.

He warned that if the development was not urgently addressed, it would adversely affect the standard of education in the state.

The Chairman of the House committee on Education, Mr. Olusegun Ajimotokin, pledged that the Assembly would throw its weight behind the ministry to rid the state of the presence of illegal schools, which he described as inimical to the development of qualitative education in the state.

Ajimotoki said, “Any school that refuses to comply with the law and policy of government, as far as education is concerned, is not entitled to exist.”

READ  Accolades as Charkin Wins NIMASA Award Back to Back

Earlier, the National Association of Proprietors of Private Schools, Ondo State chapter, had written a letter to the House complaining about taxes/levies being charged by various ministries, agencies of government and local government councils in the state.

The NAPPS President in the state, Mr. Derick Ijidakinro, pointed out in the letter that the various charges were killing their businesses. He appealed to the state House of Assembly to come to their rescue.

Ijidakinro, however, explained that his members were ready to pay their taxes as responsible citizens, but the taxes should be harmonised and limited to Annual Renewal Levy, Personal Income Tax, signage and advertisement levy.

In response to the letter, the House Committee Chairman said, “We will continue to sit down and iron out some things so that both government and the proprietors of schools do not lose out.”