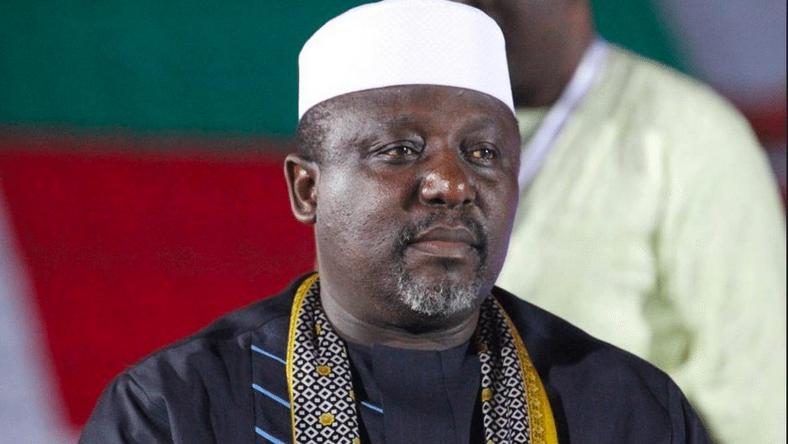 Governor Rochas Okorocha of Imo State has said that his mind is fixed on becoming the first elected civilian president of Igbo extraction in 2023.

The governor made the remark when he hosted members of the Orlu Zone Congress of Journalists (OZCOJ) in his office.

He said that all the campaigns of calumny against him was because his detractors have realised that he is the most eligible and most detribalised Igbo man.

The governor described himself as the rallying point for all Ndigbo and the only one who can bridge unity, understanding and togetherness in order to realize Igbo presidency in 2023.

Speaking earlier, the Coordinator of OZCOJ, Ambassador Ikenna Onuoha, said that Orlu people were happy that one of their sons represented them very well as governor of Imo, and by being a worthy ambassador of the zone.