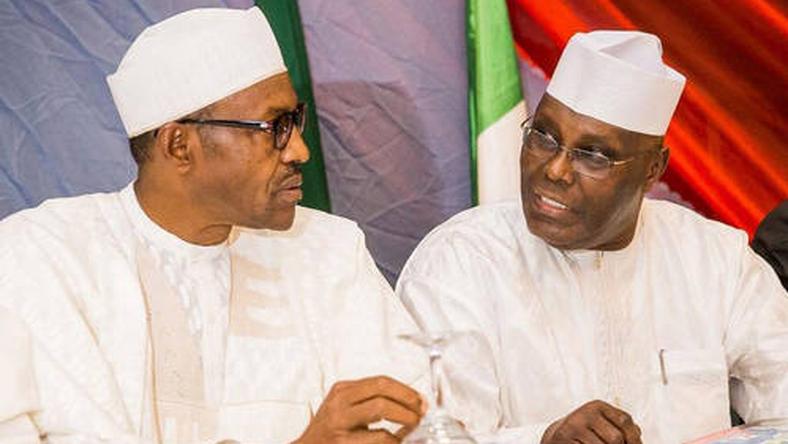 Baring any major shifts in the next 12 days, we project that President Muhammadu Buhari would win the 2019 presidential election handily.

This forecast is not based on a scientific poll. It is the result of observations and wide-ranging interviews by our political editors and senior correspondents across the country.

We estimate that the president will win with about 60% of the votes, with an error margin of plus or minus 5%.

Instead, the APC has successfully branded the PDP and its presidential candidate as a nightmare, creating the impression that PDP still represents a past of corruption, plunder and misrule. It would have helped the PDP a great deal if it had rebranded with a new name.

The APC’s message appears to have been particularly successful in the rural areas, where many voters still associate the PDP with a sordid record of corruption and “money sharing”.

Though job concerns ranked high among voters in the rural areas, the progress made by the Buhari administration in agriculture and the various financial inclusion programmes targeted at increased food sufficiency, also appear to have provided some comfort, blunting the PDP’s negative campaign on job losses and claims of widespread poverty.

We also discovered that the PDP presidential candidate has been unable to effectively split the votes of the Muslim North with PMB, thus giving the president a huge head start.

Atiku’s credentials as a Fulani and northerner – the same with Buhari – were widely expected to split the vote right down the middle, but field interviews indicated that this has not been the case.

Findings indicated that apart from ethnic affinity, voters were also looking for a candidate that they could trust, giving Buhari a clear edge.

The president has a stronghold on the North West, and surprisingly nearly so also in the North East where Atiku was expected to beat him.

From our findings, PMB will defeat Atiku in Adamawa State, his home state, where the PDP candidate and his protegees have consistently lost both in party primaries and main elections since 2003.

But Atiku would win in Taraba State partly because the exit of Aisha Alhassan, the former minister of Women Affairs from APC greatly weakened the party.

The North Central Zone is a mixed grill where Atiku was expected to do well turning the contest into a referendum on PMB, as many of the people there still blame the president for not taking a decisive action in the cattle herdsmen/farmers crisis.

Atiku is expected to win Plateau State. He should have been able to pick Benue State but the APC has successfully made the Benue struggle a fight between Senator George Akume, the most powerful politician in Tiv land today and Governor Samuel Ioraer Ortom who appears weak. That makes Benue State too close to call.

There would be a titanic struggle in Kogi State but the president is expected to win.

Kwara State will be the most important place to watch. The Stakes are high for both sides. Saraki would do everything to retain “ownership” of the state but the APC appears to have taken winning the state very personal. A strong indication that the tide was turning against the Saraki dynasty was the bye-election into the Kwara South Federal constituency last year, which was won by the APC. Kwara State therefore is too close to call.

Nasarawa is also too close to call. PMB will win in the FCT and win nearly the entire votes in Niger State.

PMB will win easily in all the six states of the South West. Adding the northern votes to the South West alone without the other zones, the president would have already won the election. That was the scenario in the 2015 presidential election.

But there is a tectonic shift in the South East and South South. PMB will get 40% in Akwa Ibom State and more than the required 25% in Cross River and Delta States. The president has a slight advantage over Atiku in Edo State. Atiku will clearly win in Rivers and Bayelsa States.

It should have been a massacre against the APC in the South East all things considered, but Atiku has been unable to get the loyalty of the South East governors. Peter Obi appears to be his achilles heel in South East. The biggest names in South East politics appear to be working for PMB behind the scenes. Thus the president is expected to get up to 40% in Anambra, Abia, Ebonyi, Imo and Enugu States.

But a week is a long time in politics. A lot can still happen. That would depend on the parties and their presidential candidates.

Address By Gov. Hope Uzodimma At The Inauguration Of Boards Of Four Government Agencies