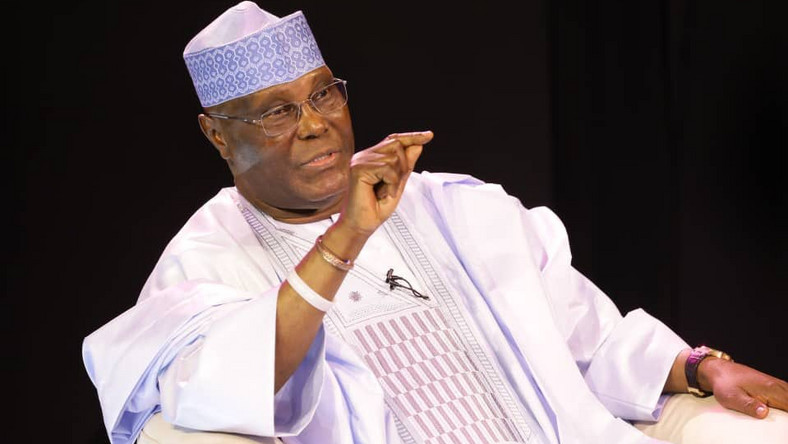 The presidential candidate of the Peoples Democratic Party PDP, in the just concluded presidential election in Nigeria, Alhaji Atiku Abubakar, has been asked by group, called, the Coalition of Minority Tribes in Nigeria to either return to Cameroon or seek naturalization in Nigeria.

The group gave the order following the claim of the All Progressives Congress (APC) that Atiku is a nationality of Cameroon and not a Nigerian. According. to the group, what Atiku has done by way concealing his identity is tantamount to crimes against humanity, saying he must tender an unreserved apology to Nigerians.

Addressing a news conference yesterday, Abdulmuminu Hassan, who is the secretary-general of the group said Ibrahim Babangida, a former head of state, during his regime, had refused to appoint Atiku as the comptroller-general of the Nigerian Customs Service because he realised that Atiku was not true Nigerian. The PDP candidate is a retired customs officer.

READ  2019: Oshiomhole reveals what Buhari will do to Obasanjo if re-elected

However, Hassan has given Atiku a 21-day ultimatum to return to Cameroon in order to reunite with his family members.

“We are therefore constrained to state that it is such a shame that the Nigerian authorities have allowed such a sham fester for decades without detecting, and thereby causing Nigeria and Nigerians the opportunity to develop her country the way Nigerians would do. The Conference of Minority Tribes in Nigeria is indeed alarmed that the paternity of Alhaji Atiku was unlet undetected and he aspired and held the number two position of Vice President in Nigeria.

“His consequent actions while he was Vice President of Nigeria tells of a man who was hell-bent on destroying the country. Consequently, the Conference of Minority Tribes in Nigeria wishes to use this medium to issue a 21-day ultimatum to Alhaji Atiku Abubakar return to Cameroon to reunite with his family members. This is important to save Nigerians the trauma of having to deal with his nationality.

“The Conference of Minority also wishes to advise Alhaji Atiku Abubakar to in an alternative solution seek naturalization as a Nigerian by applying to the Federal Ministry of Interior in Nigeria. This way Nigerians would forgive him for his sins and show him understanding since he has lived the better part of his life in Nigeria. Though at a great disservice to Nigeria.

READ  Coordinator: No Corruption Claim against Atiku Has Been Substantiated

“The Conference of Minority Tribes in Nigeria shall not hesitate to mobilize its members across the nook and crannies in Nigeria to a street protest should Alhaji Atiku Abubakar fail to tender unreserved apologies to Nigerians, and also return to Cameroon or seek naturalisation in Nigeria”, the text of Hassan speech.