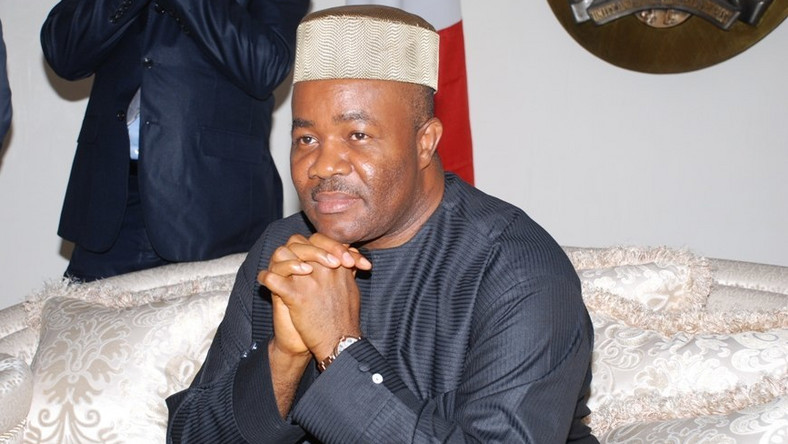 “I apologize to my colleagues in the PDP for the manner I left,” Akpabio said at the 8th Senate valedictory session in Abuja.

Akpabio left the PDP in August 2018 for the ruling All Progressives Congress (APC).

“What I have done today is to link the people of Akwa Ibom to the centre. Akpabio is now in APC.”

Akpabio, a former Akwa Ibom State governor, resigned his position as the Senate minority leader and was accorded a heroic reception by supporters and admirers at the mega rally held at the Ikot Ekpene township stadium to officially receive him to APC.

About 30 APC senators and members of National Working Committee (NWC), including then acting President, Prof. Yemi Osinbajo, who was represented by the secretary to the government of the federation, Boss Mustapha, national chairman of the party, Adams Oshiomole and the party’s National Leader, Asiwaju Bola Tinubu.

However, after over eight months in the ruling party, Akpabio said his stay in the Senate the APC has been a mixture of different feelings.

“My stay in the 8th Senate is a mixture of sadness and happiness,” Akpabio said.

Akpabio’s defection to the APC was perceived as a massive boost for the party in the South-south during the general elections in February 2019.

APC, as at the time of Akpabio’s defection from the PDP, had lost about 15 senators including Senate President Bukola Saraki to the opposition party.