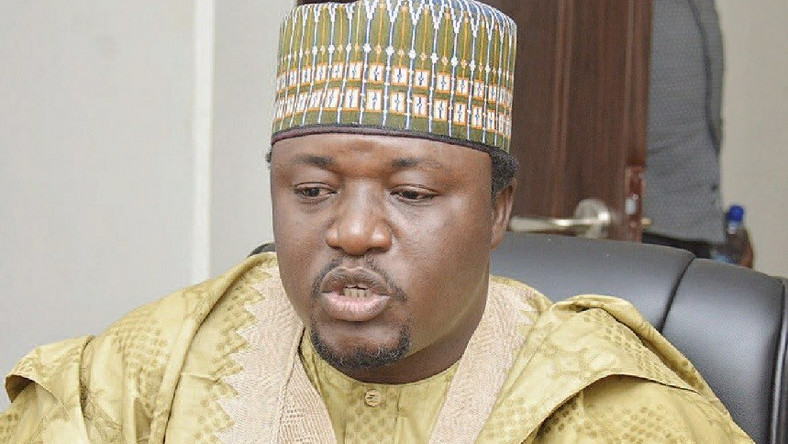 Shettima says the north will never allow power to shift to the south, adding that it is the only thing the zone has The president of the Arewa Youth Consultative Forum (AYCF), Alhaji Yerima Shettima, has said that the north will produce the next president when President Muhammadu Buhari leaves office in 2023.

Akelicious gathers that Shettima stated this in an interview published in the New Telegraph on Friday, June 21.

The AYCF president said President Muhammadu Buhari-led administration has not favoured the north, adding that the current government is purely a southwest government.

He said: “I don’t know who is going to be the next president of Nigeria until we see those who will declare interest.

However, talking about the zone, which should produce the president in 2023, I have said it on many occasions that the North will produce the next president and you could see that the issue is becoming very clear. “I don’t just make pronouncement on something I am not sure of.

See also  Edo PDP: Obaseki has no business being Governor

” Shettima also said that the only thing that is holding the ruling All Progressives Congress (APC) together is President Buhari, adding that the party will die before 2023. He said:

“Even in the National Assembly, somebody was working to ensure that his interest is protected to make it easy for him to become president come 2023, but unfortunately the party itself will die before 2023.

“By 2023, All Progressives Congress (APC) will no longer be visible. The only thing that holds that party is President Buhari, but he is not coming back.

This is his last tenure and I am sure the Buhari I know will be busy thinking of how to go for his retirement rather than thinking of whether the party survives or not.

“He has achieved all he wanted to achieve. He has become both head of state and civilian president.”

“On what informed his belief that APC would die before 2023, he said: “It is because of the characters that formed the party do not share the same ideology. Theirs was completely unholy marriage.

“You cannot take power, which is the only thing that is left for us now. The current president is not really helping us. Insecurity has destroyed the entire North. We are left with poverty, kidnaping and banditry on daily basis.

“People are dying and you think the little power we have despite the fact it is not being used for the best interest of our people, we will just fold our hands and allowed it to be taken back by the South, which have resources.

The common man in the North is not benefiting anything; the whole thing is held in the hands of few individuals and you think we will allow that.”