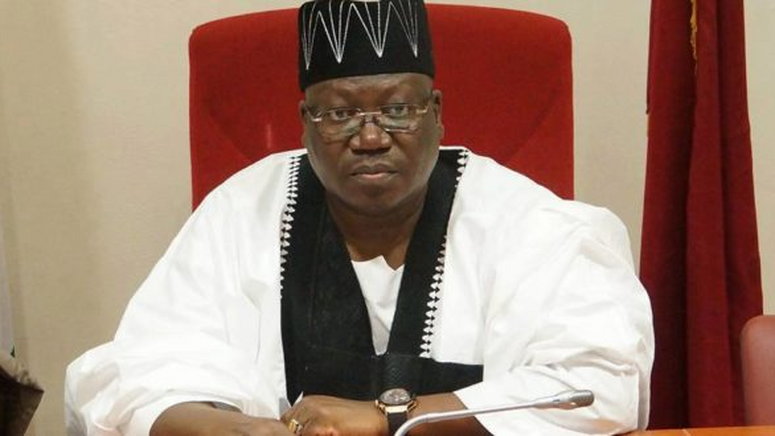 Senator Ahmad Lawan has vowed never to be a rubber stamp Senate President to President Muhammadu Buhari’s executive as supposed by many Nigerians.

The Senate President stated this in a statement he released on Friday through his special assistant on media and publicity, Mohammed Isa.

He was addressing a group, Women Parliamentarians, led by Senator Joy Emordi in Abuja, when he made the vow, the statement said.

Nigerians had, while Lawan was vying for the office of the Senate President, speculated he would be a mere rubber stamp to President Buhari-led executive if he wins.

But Lawan, who eventually emerged as Senate President, said such supposition was “sentimental and laughable.” He asked Nigerians not to think because he has belief in Buhari’s vision and that of the governing All Progressives Congress (APC) he would not be independent-minded.

READ  We Will Not Accept Any Rigged Election Results – Secondus

“During my campaign, I was called a potential rubber stamp Senate President to the Executive; maybe because I am close to the President, or because I believe in his cause.

“There is no time that I will ever be a rubber stamp. Yes, I believe in President Buhari as a person and I believe in my party, the APC, but I believe that our problems as Nigerians are Nigerian problems.

“They are neither APC nor PDP problems; they are Nigerian problems that require Nigerian solution. So, we have to work together.

“We will be there for the executive arm of government all the time in moving this country forward.

“We are going to challenge the executive in a manner that is decent but decisive. As a minister, you have to do your ministerial job well. We will make government appointees to do what is required of them.

“We have to deal with the issues confronting us. It is not going to be easy, but we have to build a relationship that has mutual respect, collaboration and partnership. It is achievable.

“We are not here for self-serving. We came here with a lot of experiences to impact positively in our country. We are here and we will remain focused to make this government work,” he said.

The Senate President used the occasion to call on Nigerians to be more involved in politics, saying that the political space in the country is wide enough to accommodate “our women, but the ball is in their court to take the advantages.”

Emordi, the statement said, congratulated the presiding officers and the leadership of the 9th Senate especially for the smooth transition.

Noting that Women Parliamentarians was a group formed with the purpose to give support where necessary to serving women in the parliament, Emordi said the objective of the group is to “promote cordial relationship between the executive and legislature, and remove the boundaries on women participation in politics for good governance.”