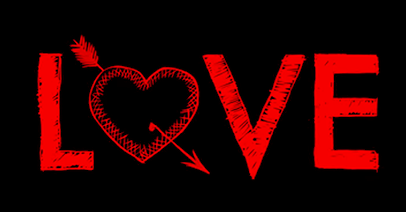 His message to me reads: “There is this annoying habit that my wife has whenever we are getting intimate.

It’s really disturbing me, because she is acting like someone who is either irritated by my touch or one who doesn’t love me anymore.

“December 28 makes our marriage two years. We do not have a child, yet. My wife does not allow me to touch her if I have not had my bath.

Even on a weekend that we are both at home, she would insist I take my bath again before touching her in the night…not minding that I had already had a bath earlier in the day.

“For a long time now, when we are playing in the bedroom and she has given me BJ…do you know that she won’t let me penetrate her immediately? She would ask me to go and ‘wash off.’

“Sister, have you seen this kind of thing before? She is not even minding that one is really up at that moment and just wants to ‘perform’.

The times I tried to please her by doing as she said, once I get back to the bedroom…I become angry with her. And one is never in the mood to continue again.

“I have told her that I am not doing again. But she apologised and suggested using her hands, instead.

But I don’t enjoy her hand job. And I also don’t want her to be ordering me around. I have repeatedly asked her reasons for such instructions but she has not given me any concrete reason.

“I dated this lady for eight months before our marriage. She never used to give me these useless instructions in the bedroom. Although she was visiting then, we lived in different parts of the country.

It is not every situation that should arouse your suspicion about a spouse. Life is not always black and white. This could have more to do with her PERSONALITY than any of the suspicions that you are harbouring.

There is something called OCD…obsessive compulsive disorder or something.

People who suffer from this just keep repeating a pattern of behaviour (on certain issues) to the discomfort of those around them.

I am almost borderline OCD when it comes to mopping the house. I want it on a daily basis and with BLEACH too…reason I don’t have rugs in the house.

Someone I know can sweep her house 20 times in a day… domestic assistants don’t last with her.

Some people can have their baths several times in a day or they don’t feel clean enough…when the rest of us are struggling with the TWICE DAILY efforts.

I also learned that SALIVA irritates some women down there. That could be the reason she insists on a ‘wash off’ before penetration.

I think you have not done enough to find out why she acts that way before concluding about her. Sometimes, when you love somebody…you accommodate them around their comfort level.

Find a way to work around what makes her comfortable, as you also encourage her to loosen up a bit as love-making is most enjoyed in a spontaneous mode.

This is not enough to make negative conclusions about her yet. Find out what she is struggling with and see how you can help her overcome her rigidity.

You pee and put back your thing in the boxers…bacteria already gathered.

READ  How you can live fulfilled life with sickle cell disorder

The sweat nko? Another round of bacteria. Some will even attempt penetrating you with unwashed hands…that they have used to shake all manner of people and touched money…all through the day.

When you take a bath/wash your hands before going near your woman, you are also helping preserve her health. Nothing upsets most women’s ‘down there’ like saliva. And unhygienic contact.

“During courtship, a man is more conscious that his fiancée is visiting, hence he keeps everywhere clean, clearing all bushes and surroundings. But after marriage, most men become ‘over-relaxed’ as the Oga of the house… anything goes.

“Good sexy boxers does some electrifying magic, stop tying wrapper like an ichie. Deodorants are meant to make you smell good. Shaving and clearing the bushes makes you come clean.

Even your appearance during the day prepares her mind for the ‘blue night’. Clean down to your nails, everything about personal hygiene should be deployed.

“Wake up the sanitary sense in you. Even your carriage is also part of the deal, come out gorgeous, she will see you and die like first time visitor to Dubai.’’