His arrival ensured the commencement of the 2019 June 12 Democracy Day celebration being attended by world leaders.

The President waited to receive other world leaders before taking salute on the Saluting Dais and rendition of the National anthem. 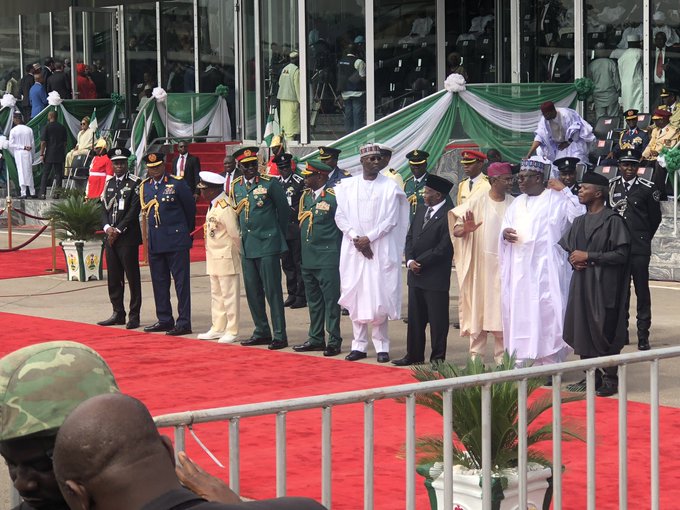 Vice President Yemi Osinbajo had arrived the venue about five minutes before the President.

The new Senate President, Ahmed Lawan and the Speaker of the House of Representatives, Femi Gbajabiamila have also arrived at the Eagles Square.

Members of the late MKO Abiola’s family, including Kola were also at the Eagles Square. 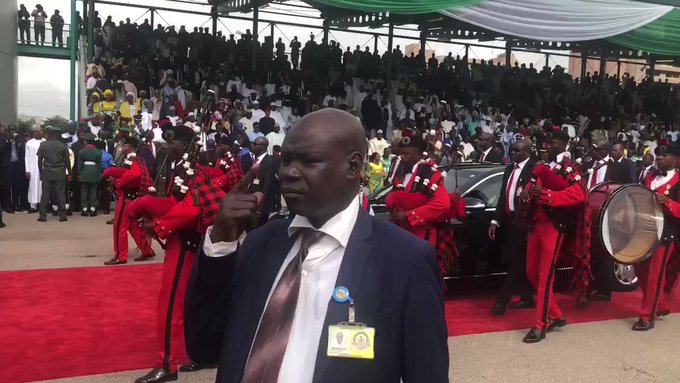 Buhari also rode in a special inspection vehicle to inspect guards on parade and acknowledged cheers from the invited guests.

All the troops are also to carry out parade march in slow and quick time.

While military musical display, silent drill and cultural troupe performance are planned for the celebration, all troops will also take part in advance in review order.

The President is expected to deliver the Democracy Day Address before the celebration comes to an end.