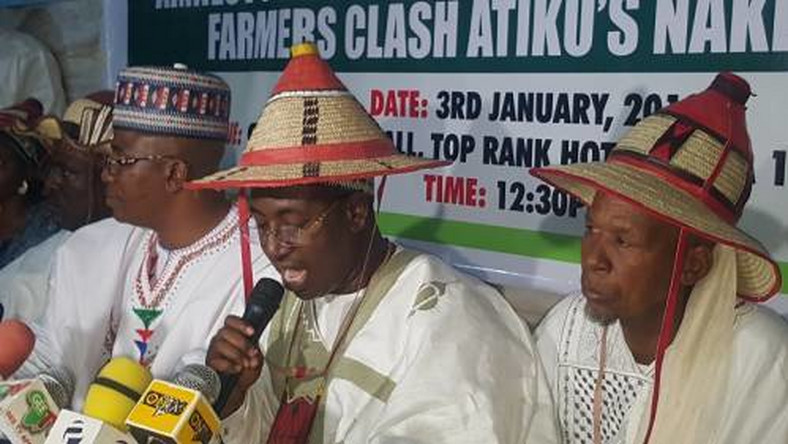 The Fulani own all the land in Nigeria according to the Chairman of Miyetti Allah Kautal Hore, Alhaji Abdullahi Bodejo, and that those claiming to owe land and would not release it to government for ranching were being selfish and do not want peace in the land.

In an interview granted to journalists, he said that his group was supporting the establishment of ranches 100 per cent, disclosing that, “it is because there are no ranches that some Fulani elements from other states are opposed to anti-grazing law.

“But with the intervention of the Federal Government, Fulani can now confine their grazing activities to a particular area.

“They are raising opposition to it because the President of the federation is a Fulani man. I don’t know the basis of the opposition, but those people who are opposed to it are enemies of the Fulani. They are trying to gang up against the Fulani because of their personal interests.

“Is it not a good idea to also settle the Fulani? This will be a solution to the herders-farmers’ conflicts Insha Allah.

If we close all the cattle markets in this country, the economy will come down. Take the case of Lagos where they slaughter almost 6000 cows per day; go and ask the governor how much revenue they are raking from there. For almost 60 years, Fulani have not gained anything from government.

READ  NYSC: What We Will Do For Corps Members In Ekiti – Fayemi

“Some people are just bent on destroying the Fulani economy.

“As far as I am concerned, they have no reason for opposing creation of ranches. It is just a demonstration of their hatred against the Fulani.

“Everybody has a right to his opinion but the hatred is too much for us. Let us have a rethink and build Nigeria together.”

Speaking on the fact that many states were reluctant to donate land for ranches because they don’t want to regret it in the end, Bodejo declared,

“The day those people were born, were they born with the land? The people who are claiming land are the ones causing crisis in this country. If Fulani have the culture of staying in one place, do you think anybody can claim land more than Fulani?

“If you don’t know, land all over Nigeria belongs to the Fulani. But the only thing is that we don’t have business to do with the land.”