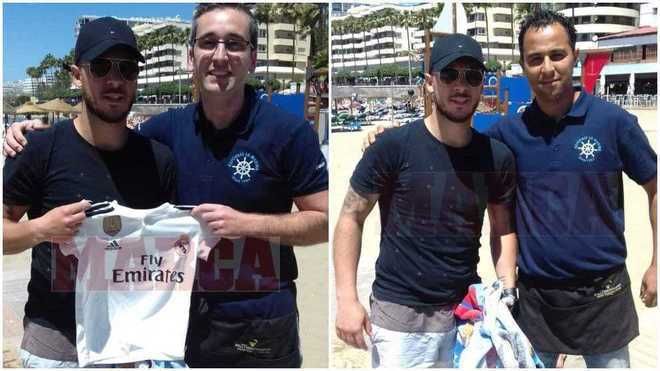 Eden Hazard’s long-awaited move to Real Madrid has edged even closer after the Chelsea star was pictured holding a Los Blancos shirt.

While standing on the pitch in Baku after winning the Europa League final, Hazard confirmed to BT Sport his intention to leave: “I think it is a goodbye … now it is time for a new challenge.”

Real Madrid failed in a move for Hazard last summer but now, with the player having just 12 months to run on his contract, Chelsea have been forced to cash in.

Negotiations continue over a deal for Chelsea’s standout performer, with the asking price in excess of £100 million.

Spanish newspaper Marca have on Saturday run a photo of Hazard holding a Real Madrid shirt, adding that the transfer will not be completed next week with an unveiling pencilled on for June 11 or 12.

Chelsea, meanwhile, still find themselves under a transfer ban, though have brought in Christian Pulisic from Borussia Dortmund in a deal agreed in January.