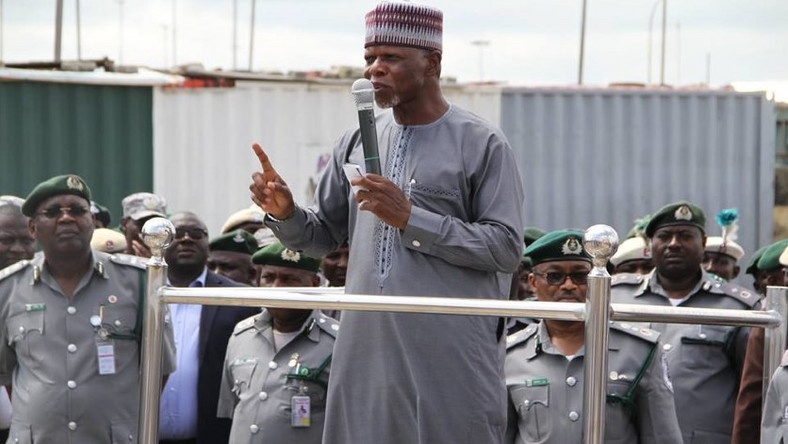 The Nigeria Customs Service (NCS) on Tuesday assured that it would not relent in the fight against smuggling.

Deputy Comptroller of Customs in Kwara, Alhaji Umar Abu, gave the assurance in an interview with News Agency of Nigeria in Ilorin.

He said “if the smugglers do not stop, we will continue to be on a look out for them at all times.’’

Abu said that sometime in June, 2019, two customs officers were attacked while trying to arrest some smugglers in possession of some contraband.

“The two offices were injured, but they were able to intercept four vehicles that were loaded with bags of rice, vegetable oil and provisions on Offa road, Kwara state,” Abu said.

The Deputy comptroller commended the effort of the Nigerian Navy in the recent arrest of 24 suspected smugglers, with 14 vehicles loaded with bags of rice.

““The Naval officers arrested the suspects in a village close to Offa Local Government Area of the state, while they were coming from a village in Oyo state, during their normal patrol

““825 bags of rice were recovered from the suspects by the officers of Nigerian Navy School of Health Sciences, Offa.

“”Commandant Nigeria Navy School of Health Sciences, Capt. Ayodele Olowolagba, handed the case over to the Commissioner of Police, in Ilorin, who later handed them over to us on July 12.

“”The 25 suspects are in our custody and they will be taken to court very soon,” he added.

Abu, however, said that the offence was bailable and once they were able to meet up with their bail condition they would be granted bail.

READ  Man Murders Own Father Over Refusal To Sell His Property

NAN reports that as at the time of filing this report, the bailing process of the suspects were ongoing.